The Zama Dance School Trust is governed by a board of trustees who have all been elected for their specific expertise in various fields. We thank the Chairman of the Board Mr Raymond Ackerman and trustees Miss Freya Griffiths, Miss Ruth Bele and Mr Mervyn Williams. Their committed service to Zama Dance School ensures the school continues to thrive. 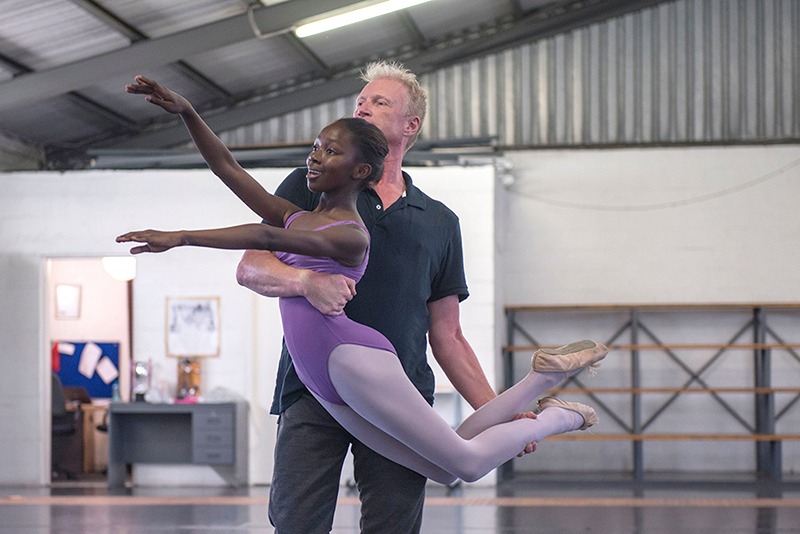 A former CAPAB Ballet and Cape Town City Ballet dancer, Andrew trained at the Legat School of Russian Ballet in the UK before his first engagement as a professional dancer in Germany with the Essener Ballet and later with the German Opera on the Rhein, in Düsseldorf. In 1990 he moved to Cape Town where he danced for CAPAB Ballet, now known as Cape Town City Ballet. In January 2009 Andrew joined Zama as the school’s senior ballet teacher. When the school’s founder and director Arlene Westergaard retired at the end of 2011, Andrew was promoted to director. 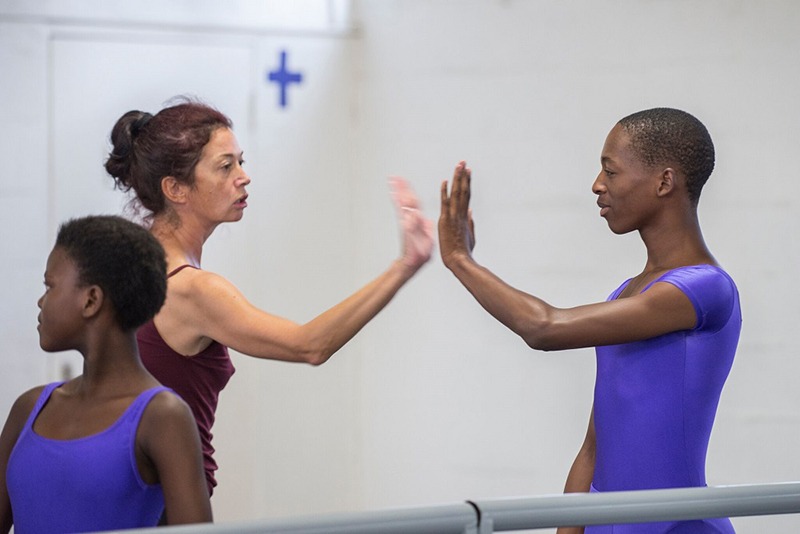 Leanne’s training began at the Anna Nel Studio and the National Art School in Johannesburg. She continued her dance training at the University of Cape Town’s School of Dance where she graduated with a Performer’s Certificate in Dance with Distinction. Leanne’s professional career began in 1991 with the CAPAB Ballet Company, where she performed roles such as Odette/Odile in Swan Lake, Giselle, the Sugar Plum Fairy in The Nutcracker, Phrygia in Veronica Paeper’s Spartacus and the title role in Paeper’s Camille. Leanne joined Zama Dance School in January 2012. 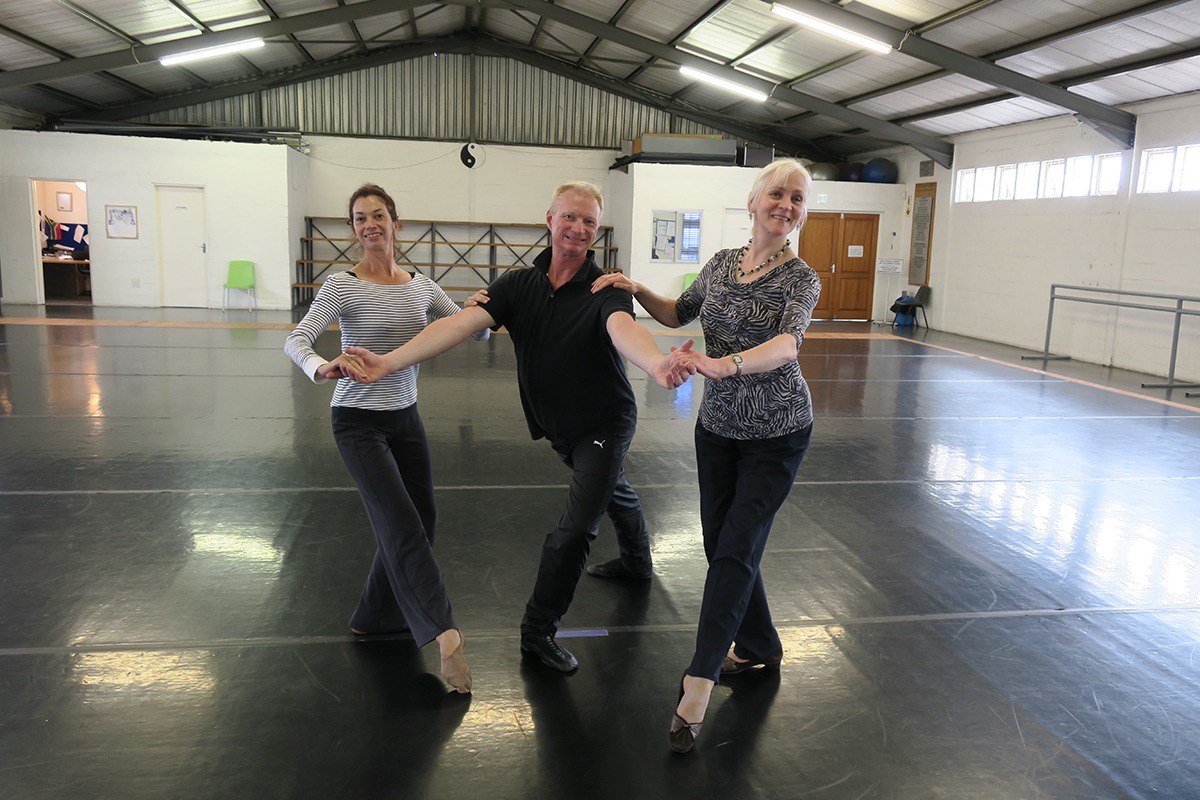 Odwa teaches African Fusion and Contemporary classes on Saturday mornings at the school. This is part of Zama’s mandate to expose students to different dance genres and teachers. Odwa started dancing when he was nine years old at Dance for All (DFA). He trained there for nine years before joining DFA’s bridging programme. He received a scholarship to join CAPA and graduated three years later. Odwa attended a summer intensive course with Alonzo King LINES ballet in San Francisco and worked with the New Ballet Company in San Jose for six months. In South Africa he has worked with companies such as Darkroom Contemporary, the Cape Dance Company and recently performed in the international touring production of Evita.

Vuyokazi joined Zama in 1999 and is the longest serving member of staff. Sis Vuyo wears many hats at the school. She has bridged the gap between the former and current director as well as providing a valuable link between Zama and the community.

Nomtha joined Zama to fulfil the role of snack and lunch shopper, preparer, and server. The daily meal plan includes toasted sandwiches, served with fruit and milk or juice. Nomtha’s menu has grown to include two cooked meals a week.

Fezeka joined the school in 2002 and oversees keeping the school premises clean and sanitised. She has watched, with pride, many generations graduate and is an institution at Zama.

Andrew joined the Zama team in 2012 as a driver after the school received a minibus through the National Lotteries Commission. Mr Petersen was the former personal driver of Zama’s Chairman, Raymond Ackerman. Andrew ensures that students arrive safely and punctually at venues and events.

From 1987 to 1993, Tony prepared the annual financial statements (AFS) for Zama through the auditing firm Arthur Andersen. From 1993 to 2015, he prepared the AFS through the Ackerman Family Office. Tony is currently responsible for fundraising and general assistance for the Zama Dance School Trust.

Nicolas Legat joined the Mariinsky Theatre ballet company after graduating from the Imperial Theatre School in St. Petersburg, Russia, in 1888.

He was soon performing principal roles in Coppelia, La Fille mal gardée and the Sleeping Beauty. He partnered great ballerinas of the day including Mathilde Kshessinska and Olga Preobrazhenska.

Legat also taught at the Imperial Theatre School, where his pupils included Anna Pavlova, Tamara Karsavina, Mikhail Fokine and Vaslav Nijinsky, all of whom became stars both in Russia and abroad when Serge Diaghilev brought Russian ballet to the west.

As a teacher, Legat was the link between Petipa, Cecchetti and his own pupil Agrippina Vaganova, who never left Russia, and Alexander Puskin, the beloved teacher of the great Rudolf Nureyev and Mikhail Baryshnikov.

Having lived through the revolutions and upheavals of the first two decades of the 20th century in Russia, Legat finally severed his ties with the Mariinsky Theatre and the Imperial school in 1923. He spent some time in Europe and was ballet master for Diaghilev’s Ballet Russes in the mid 1920s before finally settling in London in 1930. Legat’s popular “class of perfection” was attended by the founding figures of English ballet (The Royal Ballet) and included Ninette de Valois, Anton Dolin, Alicia Markova and the young Margot Fonteyn.

(Adapted from an article by Jane Gall Spooner)

Andrew trained at the Legat School of Russian Ballet in Tunbridge Wells, England. His first professional engagement began in 1982 with the Essener Ballet in Germany. Under the direction of Heidrun Schwaarz, Andrew worked with internationally renowned guest choreographers, Hans van Manen and Valery Panov.

He went on to perform in Düsseldorf with the German Opera on the Rhein, under the direction of former Bejart principal dancer Paolo Bortoluzzi and worked with choreographers Uwe Scholtz, Peter Breuer, Tom Schilling and Heinz Spoerli.

In 1990 Andrew moved to Cape Town, South Africa where he danced with the Cape Performing Arts Board (CAPAB) Ballet, under the direction of Veronica Paper, which became Cape Town City Ballet (CTCB). In 1998 and 1999 Andrew toured South Africa twice with the hit musical Queen at the Opera and was cast as Phaedra, the lead Cagelle in Janice Honeymoon’s production of La Cage aux Folles at the Civic Theatre, Johannesburg.

Following a tour to Taiwan with the Durban-based Fantastic Flying Fish Dance Company, Andrew returned to Cape Town where he graduated from the University of Cape Town’s School of Dance with a Professional Dance Teacher’s diploma and as a Royal Academy of Dance (RAD) registered teacher. Andrew then rejoined the Cape Town City Ballet as part of the management team and took charge of the company’s public relations. During this period Andrew taught ballet at the UCT School of Dance and served as Ballet Master at Debbie Turner’s Cape Academy of Performing Arts (CAPA).

In 2003 Andrew secured a place for himself and Cape Town City Ballet in the Guinness Book of World Records when he staged the Largest Ballet Class in the World. Five years later, he beat his own record of 530 dancers with a new Guinness World record of 989 dancers. Andrew began teaching at Zama Dance School in 2008 and was promoted to director in 2011. He continues to work in the studio with students as both teacher and coach.

Andrew was a registered teacher with the Royal Academy of Dance from 2001 to April 2017. Inspired by his formative training at the Legat School he retrained with the Russian Ballet Society, UK, and acquired his Professional Dance Teachers Diploma in the Russian teaching method.

Leanne’s training began at the Anna Nel Studio and the National Art School in Johannesburg.  She continued her training at the University of Cape Town’s School of Dance where she graduated with a Performer’s Certificate in Dance with Distinction.

Leanne’s professional career began in 1991 with the CAPAB Ballet Company. Under the direction of Veronica Paeper, Leanne worked with local and internationally acclaimed choreographers.

While with the Cape Town City Ballet, she performed roles such as Odette / Odile in Swan Lake, Giselle, the Sugar Plum Fairy in The Nutcracker, Phrygia in Veronica Paeper’s Spartacus and the title roles in Paeper’s The Story of Manon Lescaut and Camille.  In 1998 Leanne joined the contemporary PACT Dance Company in Pretoria for six months under the directorship of Esther Nasser. She returned to the ballet company in Cape Town and after a successful partnership with former Senior Principal, Johnny Bovang officially retired in 2001.

Following a trip to Singapore as assistant to French choreographer Jean Paul Comelin, Leanne qualified as a hatha yoga instructor and an Equilibrium Pilates Mat 1 instructor while also teaching ballet to adult beginners at the UCT School of Dance.

Leanne has taught yoga at Cape Town’s Valkenburg Psychiatric Hospital to inpatients since 2010. She joined Zama as the full-time ballet teacher in 2012 and enjoys choreographing on the performance team for various events, competitions, and galas.

In April 2017 Leanne trained with the Russian Ballet Society, UK and acquired her Professional Dance Teachers Diploma in the Russian teaching method.